Compulsory use of mediation in the dispute resolution process 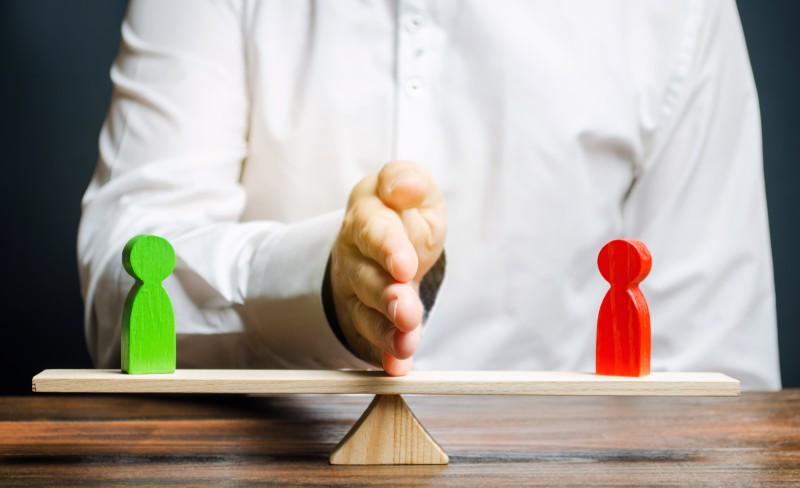 In what is an interesting development for the English and Welsh Courts, the Civil Justice Council recently reported that the Courts have power to compel alternative dispute resolution (“ADR”).

The Courts, under the ‘Overriding Objective’ of the Civil Procedure Rules, regularly encourage parties, as far as practicable, to look to ADR as a solution, recognizing that it can be beneficial.

But, since Halsey v Milton Keynes, the conventional view is compulsion is not possible. The approach taken, instead, is to penalize a winner in costs if it unreasonably refused to participate in ADR.

The main concerns are that compulsion denies parties the enforcement of rights by adjudication and impacts the development of the rule of law, which the report does not accept to be the case.

In particular, making mediation compulsory for civil matters is a potential violation of Article 6 of the European Convention on Human Rights, as enacted into UK law by the Human Rights Act 1998.

The argument against a violation is that the parties are obliged to do no more than to attend and are not required to reach settlement, yet compulsion may be wasteful of time, effort and costs.

There are, in certain limited categories of cases, already forms of compulsion to use ADR before or during legal proceedings in the Courts. The data suggests that such an approach can succeed.

The Civil Mediation Council has, for example, indicated that mediation is successful in 80% plus of cases, either settling on the day or shortly after, which is a very significant level of success.

Further, the Centre for Effective Dispute Resolution’s statistics estimate that £4.6 billion will be saved this year from parties engaging in commercial mediation, which is an eye-watering figure.

However, one can well imagine that such success and savings would, usually, result from parties having solemnly decided to commit to pursue mediation voluntarily to resolve their disputes.

There is more at play than just the legal question of whether there is an ability of the Courts to order that the parties mediate, for example, as it may not be appropriate for each and every dispute.

In recognition of this question of desirability, the Civil Justice Council has provided some guidance on factors to take into account for different types of cases and the timing of any ADR if ordered.

What is clear from the report is that mediation, and other forms of ADR, is expected to become a much more prominent feature of a wider variety of disputes that may end up in the Courts.

This may be a positive development because the use of a neutral third party to facilitate parties to explore the settlement of their disputes often succeeds and saves time, effort and costs.

There is already an increasing propensity for parties to agree to multi-tiered dispute resolution clauses, so the developments in the Courts can expect to complement and aid this trend.

No doubt, over time, the Courts will develop case law to assist in determining what form of ADR and at what juncture it should be pursued, which should make use of ADR far more common.

What has, to some extent, held back wider adoption of ADR to date is a lack of greater familiarity with such techniques, although over time, through more regular use, familiarity will increase.

One could potentially see such case law also being considered by arbitral tribunals, where the parties have chosen arbitration in place of litigation, to encourage ADR if it is appropriate.

However, for commercial matters, where the parties are often sophisticated and well advised, it is doubted that compulsion would be appropriate or desirable due to a multitude of factors; not least that the engagement of volunteers in a process is bound to be superior to that of conscripts!

That only about 3% of cases commenced in the Courts lead to a final judgment is testament to the ability of parties to resolve their disputes by amicable agreement when the time is ripe.

Such parties are usually advised of their ADR options and, in the circumstances of some cases, the better assessment may be that a litigated solution is most appropriate for good reason.

Whilst what is said in mediation is confidential and what is done is on a without prejudice basis, what is learned during such a process cannot be unlearned, so can be of real concern.

Further, the confidential and without prejudice nature of mediation is not absolute, as case law has shown, and so there is a genuine risk of information coming out through a court order.

Additionally, in commercial dealings, there is often far greater need for judgments to develop the law, to clarify rights and to give effect to common developments and understandings.

The benefit of judicial pronouncements can be invaluable, as it leaves market players with little doubt on the legal position, thereby limiting further disputes in absence of authority.

It should also be kept in mind that many commercial disputes are arbitrated, and so when a dispute does make it to the Courts to clarify the law, the dispute will be of real significance.

For example, a 90-year old issue about demurrage that has regularly been argued over in arbitration was only first properly addressed by the High Court in The “Eternal Bliss” last year.

Increasing the chances of avoiding a litigated result by requiring mediation

As the above highlights, the Courts have the power required to ensure parties attempt mediation or other forms of ADR, to give amicable resolution its best shot when it is genuinely appropriate.

When commercial parties have agreed in advance to multi-tiered dispute resolution clauses include a pre-condition to attempt mediation, for example, a genuine basis for compulsion can exist.

In many disputes, the parties will seek to negotiate a settlement in the first instance anyway, before escalating a dispute to more formal proceedings, and often such negotiations succeed.

The costs of litigation in the Courts are considerable and, if seen through to judgment, will lead to control being taken out of the parties’ hands by a Judge, or Judges, imposing a final outcome.

It can be that there is a genuine need to develop the law in certain areas of commerce, so that may be the right course of action, although in the vast majority of disputes that is not the case.

So, before giving up control and incurring substantial time, effort and costs, involving a mediator makes sense to facilitate negotiations if the parties have struggled to reconcile on their own.

How could mediation help?

While a mediator sometimes does not become involved until legal proceedings are underway, that usually does not have to be the case, and early intervention can often be far more desirable.

At the point when substantial costs have already been incurred, achieving a satisfactory settlement can become difficult and the extra costs involved can become an obstacle to an amicable solution.

As some contractual disputes are very expensive and time consuming to resolve formally and may invite unwanted publicity, mediation may facilitate a faster, commercial and discreet resolution.

A wide range of commercial solutions, which judgments cannot achieve, could be fielded, particularly where there is an on-going relationship, to seek a win-win result, not a damaging win-lose.

A specialist commercial mediator is not only an expert at helping parties reach a mutually acceptable agreement but will understand the commercial situation of both sides and their limitations.

Such a mediator will be well equipped to assist the parties to reality check their respective positions and to clarify their interests in order to unlock the potential to reach a voluntary resolution.

The mediator will use their understanding of the way business is done to help the parties to come up with innovative solutions, including those that may not otherwise have been contemplated.

The benefits of seeking an earlier resolution to a dispute

Time is often a big factor in resolving a dispute satisfactorily. Addressing a problem as soon as it is apparent and having an early session with a mediator may resolve the issues quickly to put the parties back on track and to preserve their relationship.

Where difficulties are allowed to fester and communication becomes sporadic and reluctant, it is possible to waste a great deal of time achieving little except a worsening of relations, so it is important for parties to be proactive.

It is also important to approach a problem with an open mind and some flexibility because resolving a dispute at any stage always involves willingness to compromise, and doing so can have additional benefits to all involved.

In helping the parties to see the pros and cons of continuing to fight their dispute, and to consider other important ramifications of perpetuating a dispute, a mediator could help the parties to appreciate the risks and to see the benefit of an amicable resolution.

We can step in early to advise you in respect of seeking to resolve a dispute. We work internationally and have an in-depth understanding of cultural differences, which are often of great importance in a successful mediation related to cross-border transactions.

Our mediators are experts in both mediation and commercial enterprise and we have an excellent track record of success in helping businesses to put difficulties behind them so that they can focus on their goals and other more productive activities.