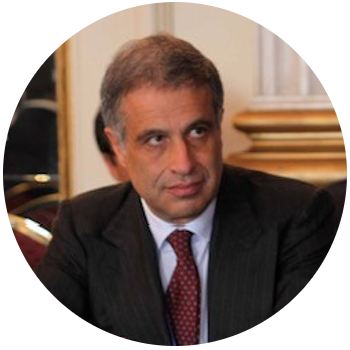 Francesco S. Lauro acts for and advises some of the largest Shipowners and Logistics Companies in the world.
He was President of the Port Authority of Naples (1996-2000). He is, or has been, Chairman and Board Member of important shipping and State owner companies in Italy, Greece and Malta.

For over 30 years, a supporting member of London Maritime Arbitrators Association, Francesco S. Lauro, has acted and acts in several very important arbitration in the shipping, commercial and M6A sectors in London and worldwide.
He hosts some the world major shipping sector players at “Shipping & the Law”, www.shippingandthelaw.org, the yearly conference held in Naples since 2010, in which are discussed the current hottest shipping international trade topics.

Francesco S. Lauro studied Law at the Federico II University, in Naples and at the University College in London. He founded Studio Legale Lauro in 1993 and since than is its managing partner. He is enrolled in the Special Register of lawyers admitted to legal aid before the Italian Supreme Court of Cassation.