Geopolitical issues, Russia and maintaining ‘business as usual’ with mediation for commercial relationships 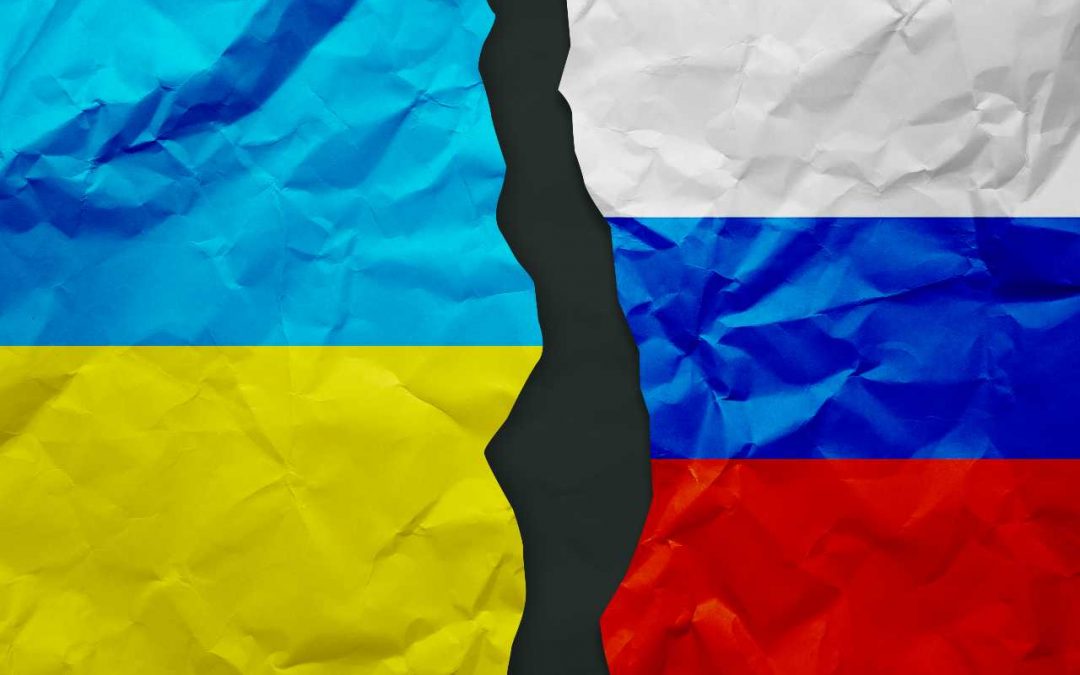 A POIGNANT MOMENT IN HISTORY

24 February 2022 will go down in history as a significant turning point following the collapse of the Soviet Union between 1988 and 1991 and, in particular, the pivotal event of the fall of the Berlin wall on 9 November 1989, bringing to an end the Cold War that followed the two Great Wars.

Positive progress since then was made by the Western and the Eastern worlds developing stronger links through trade, in much the same way that the European Union developed out of the Second World War, to implement the fateful lessons not earlier learnt from the First World War.

The underlying principle is that if countries are dependent on one another and mutually benefit, through international commerce, then the chances of further great divides arising, with the risk of war then looming large, is much reduced and war becomes far less attractive and sustainable.

Moves by the Kremlin starting with the annexation of Crimea in 2014 were, in retrospect, a sign of a new divide developing, and now full out war, with the invasion of Ukraine without provocation or good cause, heralds a new era of old geopolitical discord seeking to trump peace and prosperity.

The USA, the UK and the EU have been quick to lead in rolling out sanctions against Russia and Russian interests, starting with some selective bans and quickly escalating to near all out economic warfare against the Kremlin, Russia’s state business interests and the Oligarchs that support them.

Trade, which has so much potential to unite the people of the world in mutual peace and prosperity, in a sanctions environment, regrettably, becomes far harder to sustain profitably, given the difficulties, risks and punitive consequences of legal or moral breaches in a highly regulated legal rules based order – the ultimate risk is that the financial poison administered fatally affects all.

THE COMMERCIAL RESPONSE TO CURRENT GEOPOLITICS

Shell early on lifted a cheap Russian oil cargo, apparently for good reason, to avoid shortages of fuel supplies for vehicles in Europe, yet, despite the move being lawful, faced moral outrage by consumers, and since then, along with BP, has largely begun to self-sanction Russian trade.

Conversely, some traders, and shipping companies such as Scorpio, have read the way in which sanctions have evolved to give clear indications about what the great political powers do and do not wish businesses to do in relation to Russia, and so continue to trade selective Russian commodities.

As a result, businesses that trade and ship goods and services internationally in markets in which Russia and Russian interests participate have begun to have a hard time in making not simply legally permissible decisions but also ones that are morally acceptable to counterparts and consumers.

THE LEGAL RESPONSE TO CURRENT GEOPOLITICS

In such a world, one can understand why, in MUR Shipping v RTI [2022] EWHC 467 (Comm), a Dutch company, indirectly affected, would exercise caution and avoid shipping cargoes for a company connected with an Oligarch who had been sanctioned by the USA because Crimea was annexed.

A ‘reasonable endeavours’ provision, from a force majeure clause in the contract of affreightment, in that case was held not to require MUR to accept Euros instead of US dollars from RTI, with the result that MUR did not have to ship RTI’s cargo and was not in breach whilst the sanctions were in effect.

One can also understand why, in OCM Maritime v Courage Shipping [2022] EWHC 452 (Comm), a Marshallese company, ultimately owned by an American investment firm, would terminate charterparties with companies owned by a Syrian sanctioned by the USA for allegedly aiding Iran.

OCM was held to have terminated the bareboat charterparties lawfully and was entitled to repossess the two vessels, in view of the events of default connected to Courage and its sanctioned beneficial owner and sole director, thereby mitigating the risk of US persons breaching sanctions.

However, these are some of the more extreme examples of negative fallout from sanctions. There are many business relationships that do not fall foul of the law, even if now seen as less morally appetising, and even then there will be many contracts that are not necessarily or easily brought to an end.

AN EVER-CHANGING LANDSCAPE FOR BUSINESSES

In such situations, when businesses have to operate within a still evolving sanctions landscape and the grey margins of what is legally and morally permissible, then some tough decisions have to be made about what to do. That is something for which mediation is well placed to assist the parties.

A suitably experienced mediator will be able to facilitate the parties to discuss their concerns surrounding sanctions risks in their current contracts and to support the parties to formulate potentially viable solutions that help them to navigate their way to a mutually agreeable outcome.

Talk to us promptly

Time is often a big factor in resolving a dispute satisfactorily. Addressing a problem as soon as it is apparent and having an early session with a knowledgeable and experienced mediator such as Jonathan Lux or his associates may resolve the issues promptly by fostering a collaborative approach by the parties and help to improve the relationship.

Where difficulties are allowed to worsen and communication becomes sporadic and combative, it is possible to waste a great deal of time achieving little except a worsening of relations, so it is important to be proactive.

Be open to compromise and act in good faith

It is also important to approach a problem with an open mind and some flexibility because resolving a dispute at an early stage involves willingness to compromise, and doing so can have many benefits to all involved.

In helping the parties to see the pros and cons of escalating the dispute, and to consider other important ramifications of perpetuating a dispute, Jonathan and his associates will help the parties to appreciate the perils and to see the value of improving the situation.

We can step in early to advise you in respect of seeking to resolve a dispute. We work internationally and have an in-depth understanding of cultural differences, which are often of great importance in a successful mediation related to cross-border transactions.

Our mediators are experts in both mediation and commercial enterprise and we have an excellent track record of success in helping businesses to put difficulties behind them so that they can focus on their goals and other more productive activities.