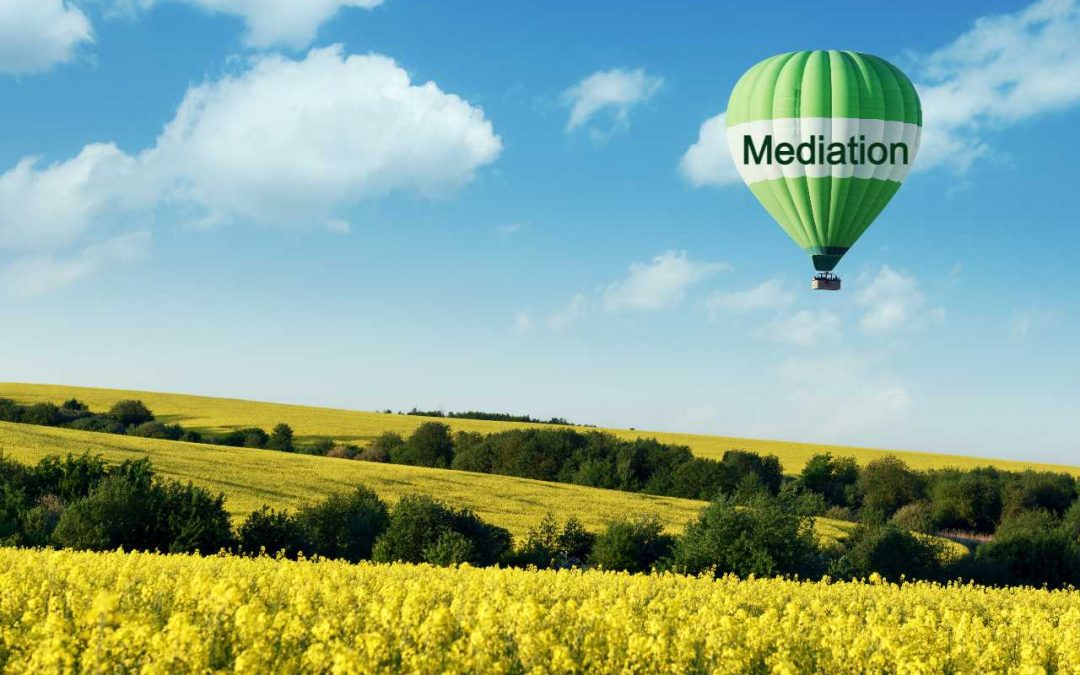 Climate change has hit the headlines in the UK and Europe this summer, not to mention other parts of the world, because of the serious number of deaths caused by flooding, fires, heatwaves, and the exceptional rise in sea levels. As the political leaders and legislatures in the EU and the UK address the need to reduce Green House gases with new laws and corporate governance measures, it is relevant to highlight the role that Mediation can play when these legal developments inevitably impact on business and result in commercial disputes requiring resolution in new ways and contexts.

The EU’s latest carbon emissions reduction agenda to counter climate change was outlined in the December 2019 European Green Deal, setting the target of being carbon neutral with net-zero Green House Gas (GHG) emissions by 2050. In December 2020, to meet its commitments under the Paris Climate Agreement signed at COP21 in 2015, the Commission informed the United Nations Framework Convention on Climate Change that its “Nationally Determined Contributions” (NDCs) to reducing emissions would be a 55% reduction in GHG emissions by 2030, as compared to 1990 levels. This commitment was made legally binding in the recent EU Climate Law that took effect from July 2021. On 14 July 2021, the Commission also published its “Fit for 55” legislative package designed to eliminate fossil fuel dependency across the 27 EU Member States and to achieve the EU Climate Change Law targets, in accordance with the EU Green Deal. The backbone of the GHG emissions reduction is the EU Emissions Trading System (ETS) which is applied by the UK but will be replaced by the UK’s own new ETS in future. While the UK ETS can be expected to operate in a similar way to the EU ETS, the UK’s carbon emissions targets also reflect the EU net zero policy announced in 2021, the year of COP26, the latest UN Climate Change conference which will be hosted by the UK in Glasgow on 1 November 2021.

The Fit for 55 legislative package proposes the revision of eight existing EU directives and regulations, including those regarding renewable energy, energy efficiency, carbon markets, energy taxation, climate effort sharing between Member States, land use changes, forestry and motor vehicle emission standards. New requirements also are proposed including the expansion of the EU ETS through adoption of a Carbon Border Adjustment Mechanism requiring importers of cement, iron and steel, aluminium, fertiliser and electricity from all non-EU countries, unless they participate in the EU ETS or have an emission trading system linked to the ETS, to purchase and surrender emission certificates. These are based on the quantity of the imports’ carbon emissions in parallel to the ETS allowances trading system and designed to prevent carbon leakage and unfair price competition. In addition, the introduction of an emissions trading system is proposed for the transport and building sectors.

The EU and UK energy transition and decarbonisation legislation will impact on almost all business sectors both within and outside Europe, especially because of the implications for failures to comply with relevant regulation and standards throughout their supply chains. The risk of civil litigation will be significant in the context of commercial contract disputes relating to energy projects and joint ventures involving new technology such as carbon capture and storage facilities, complex equipment such as off-shore remote wind farms, and supply chains where high carbon products such as cement and steel are involved. The same will apply to increased scope for tort claims including negligence and fraudulent misrepresentation, especially where third parties may be misled and where liability may arise for issues relating to supply chain due diligence and value chains for green product claims and even green bonds. There are already public law claims against governments and global corporations alleging liability for climate change damage, for example in France, Poland, the Netherlands and Australia as well as shareholder actions which can expect to increase in the context of “green washing”. With ESG compliance now established as part of corporate governance, claims can be expected in relation to forward looking statements and policy claims in company prospectuses, financial statements and reporting, circulars or other announcements, including claims relating to breach of directors’ duties.

A couple of examples of the sorts of issues which may arise: –

Example 1
A contracts with B to supply Steel wire and cement for building a factory out of concrete and breaches the terms of the contract specifying that the steel has been produced without the use of electricity generated from fossil fuels and that the carbon emissions embedded in the cement used to make the concrete benefit from free carbon emissions allowances under the UK Emissions Trading System. Met with A’s defence that the steel and cement products are fit for the purpose of building a factory, and that B is not entitled to repudiate the contract, B agrees to mediation with A. Eventually, after five hours of virtual negotiations, B accepts by way of settlement of its claim that A will supply a wooden built factory manufactured by one of its other subsidiaries from timber sourced from sustainable forests.

Example 2
A reads an advertisement in the Guardian Newspaper for a new brand of real ale claimed by its distributor B to be as good as draft beer in a barrel because it is supplied in aluminium cans made in a plant using carbon free renewable electricity with zero Green House Gas emissions. When A purchases a year’s supply of the canned real ale for its pub in Brighton, it later discovers that B has used a batch of aluminium cans made with electricity generated from fossil fuels in Russia. A sues B for fraudulent misrepresentation and the Guardian for negligence in not having carried out due diligence checks to verify the truth of the adverts it published. A agrees to mediation with B who eventually offers to repaint A’s Pub windows bright green and to pay the Guardian to provide A with a lifetime subscription to the newspaper, in exchange for the Guardian vetting the veracity of, and publishing, A’s advert free of charge for a year.

Because of the potential complexity and novelty, the advantages of Mediation over court proceedings or arbitration, will facilitate negotiation of pragmatic settlements and flexible commercial solutions.