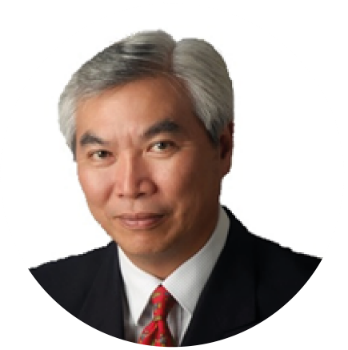 Synopsis
Wai Pong is the Principal of LWP.Sg Consultants which he founded in 2016. In addition to providing dispute resolution related services and volunteering towards the development of standards in the bunkering industry, he manages a team of highly experienced and qualified fellow consultants. Collectively, these panel of consultants represent a few centuries of diverse experience and expertise culled from work and practice accumulated both in Singapore and overseas to provide an international perspective across a broad spectrum of business sectors to advise clients.

Career History
On 31st Mar 2016, he stepped down as the Executive Director of the Singapore Chamber of Maritime Arbitration (SCMA) where he led its overall development for over 5 years and raising the Chamber’s profile to it’s current international status of recognition. Wai Pong also pioneered the development of SEADOCC, a procedure for resolution of disputes arising from ship collisions using arbitration and completed a full revision of the previous SCMA Rules Version 2009 in 2015. The version featured:

As a speaker, he regularly presented SCMA’s brand of arbitration to audiences in Singapore, Asia and the UK.

In his current roles, Wai Pong continues to speak to a broad spectrum of audiences on the topic of alternative dispute resolution (ADR) whilst maintaining a wide network of contacts amongst arbitrators, adjudicators, mediators, counsel, regulators, experts, academics and other stakeholders within the ADR community. In addition, he has also contributed written commentaries on the development / promotion of alternative dispute resolution / arbitration / mediation and completed book reviews for international publications such as Seatrade, Fairplay and Asian International Arbitration Journal (AIAJ).

As a practising independent dispute resolver, Wai Pong has been appointed as:

Wai Pong has also been appointed and appeared as an expert witness on shipbroking practices in Singapore High Court.

Since 2010, Wai Pong has been involved in the Technical Committee for bunkering of vessels which is tasked by the government regulatory body to draft, review and promote standards including International Standards (IS), Singapore Standard (SS) and Technical Reference (TR) related to ship bunkering processes. This included the ground breaking development work on Mass Flow Metering (MFM) which led to the implementation and mandatory usage of MFM in Jan 2017 which is applicable for all ship bunkering in Singapore. On 1st Jan 2018, Wai Pong was appointed as the Deputy Chairman, Technical Committee (TC) for Bunkering reporting to Chemical Standards Committee (CSC). The TC is the overarching committee to develop standards for ship bunkering in Singapore.

Further back, Wai Pong started his career in 1974 on board a dry cargo ship trading in international waters. By the time he stepped ashore in 1982 as a Master Mariner, he had experienced sailing on a broad spectrum of carriers and undergone extensive experience in navigation and cargo handling. His career ashore was focused on technical and commercial ship management with exposure to both mainstream shipping and the oil&gas sector. He has acted both as Manager and Principal on behalf of Ship Owners in areas of chartering, S&P and ship building.

Wai Pong is also very active in teaching and over the last 30 years has taught thousands of students on the topics of shipbroking and chartering under Executive Training programs conducted by the Singapore Shipping Association (SSA). The participants are drawn from the shipping and commodity business sectors in Singapore and the region and range from trainees to C-Suite executives and Shipowners.